Ninkasi Brewing Company is proud to announce the addition of Brightberry, a refreshing and pleasantly tart Raspberry Lime Ale, to its year-round lineup starting January 4 across the brewery’s distribution footprint.

Originally released in 2018 as part of their Whiteaker Series, a rotating lineup of small batch, draft-only beers, Brightberry is Ninkasi’s take on a classic European style. The fruit forward beer immediately became a customer and staff favorite earning it a place in their year-round lineup.

“The idea for this beer was to make a refreshing, fruit forward beer with a harmonious hint of coriander and sea salt that excite the palate for another sip,” says Ninkasi founding brewer and co-founder, Jamie Floyd.

With refreshing, delicate raspberry and lime notes and just a touch of sea salt, this unfiltered wheat ale is our Northwest take on a classic European beer style. 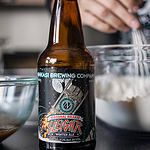 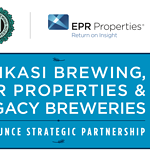