Ninkasi Brewing and Legacy Breweries Separate to Pursue Other Initiatives

After working together for about a year, Ninkasi and Legacy Breweries signed a separation agreement so they can focus on each company’s strategic imperatives. This separation was effective in 2020 and will allow both companies to build on their core competencies.

Over the time they were working together, Ninkasi and Legacy were able to create considerable synergies against brand innovation, raw materials and supply chain improvements, as well as development of a premier Trade Development team and secure long-term major production contract to fill capacity.

These initiatives help to continue building on the successes Ninkasi has had in Oregon and surrounding states.

Ninkasi CEO, Nigel Francisco said, “It’s been a complicated year due to Covid-19 and we are very proud of the position Ninkasi has attained within the Northwest craft beer market. This separation agreement will allow Ninkasi to continue to invest in its brand, people and position here in the Northwest” Legacy Breweries CEO, Don Bryant a long-time industry insider shared “Ninkasi is positioned for significant success going forward, but this separation agreement will allow Legacy to focus on its other assets as well as drive further investment and resources against a major national initiative we will be launching in the next few months. The time spent working with Ninkasi has led to tremendous improvements within both Ninkasi and Legacy and positioned both companies for success in 2021 and beyond.” 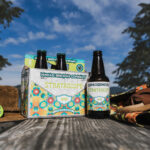