This International Women’s Day, women-identifying members of Ninkasi Brewing decided to #ChooseToChallenge gender stereotypes and misconceptions through conceptualizing and brewing a beer that tastes completely different than what you might expect. With the guidance and expertise of Daniel Sharp and Annan Pedersen from our brew team to bring this beer to life, the result was Pilot Batch No. 80: Grapefruit Brûlée Black IPA, available now at The Ninkasi Better Living Room in Eugene, Oregon in celebration of International Women’s Day.

The inspiration for the beer was sparked through a combination of International Women’s Day’s 2021 official theme, #ChooseToChallenge, and the flavor notes from The Pink Boots Society’s 2021 hop blend. All women-identifying members of Ninkasi were invited to participate in the planning meetings and the brew day.

During the initial planning meeting, Sensory Specialist Jules Lerdahl suggested brewing a type of beer that tastes different than you’d expect, based on its appearance. Lerdahl started at Ninkasi over a decade ago in the Ninkasi Tasting Room and was inspired by a common request.

“I’d often have requests for a ‘girly’ beer or ‘something my girlfriend will like,’” said Lerdahl. “It became a good conversation starter about people’s beer preferences and how it’s more about understanding personal preferences than making assumptions.”

This experience led Jules to suggest brewing a beer that tastes different from what you expect, based on its appearance, like a Black IPA. While Black IPAs appear dark and malty, they feature the hop profile of an IPA.

This beer also features the 2021 Pink Boots Society hop blend of Cashmere, Ahtanum®, Citra®, Loral®, and Sabro® hops. Proceeds from the sales from the Pink Boots hop blend benefit the Pink Boots Society scholarship fund, which supports women in the brewing industry through access to educational seminars, classes, certifications, and tours. This hop blend is abundant in grapefruit notes, which became the other important piece of our International Women’s Day puzzle.

With these two factors (tasting like you wouldn’t expect and grapefruit highlights), People Operations Specialist Emily Martin suggested inspiration from a simple breakfast: a grapefruit brûlée.

“It’s unassuming, yet complex,” said Martin. “The simple combination of brown sugar and grapefruit lends itself to an array of both citrus notes and silky malt flavors that’s incredibly delicious.”

Pilot Batch No. 80: Grapefruit Brûlée Black IPA is now on tap at The Ninkasi Better Living Room for crowler fills.

With the brew goal in mind, Director of Brewing Operations Daniel Sharp and Brewer Annan Pederson walked the team through the steps of recipe development to guide decisions and additional targets the group wanted to hit for the Black IPA. After some recipe adaptations and developments, the brew team presented the recipe to the International Women’s Day group for final decisions, like whether to bump up the grapefruit through the addition of grapefruit puree.

“Fruit additions can be polarizing,” said Creative Project Manager Kiley Gwynn. “But it came back to the goal of the brew: to brew something that tastes like what you wouldn’t expect. With this in mind, the team found it important to bump up the grapefruit flavor to stress this point even further.”

“Of all the projects we do each year, this is the one that sparks creative ideas that push us outside of our comfort zone. And, it’s awesome,” said Director of Brewing Operations Daniel Sharp during one brew planning meeting.

Pilot Batch No. 80: Grapefruit Brûlée Black IPA is now on tap at The Ninkasi Better Living Room for crowler fills. We hope you find it delicious.

A huge thank you to our brew team, Daniel Sharp and Annan Pederson, for all their guidance and expertise in bringing this beer to life. 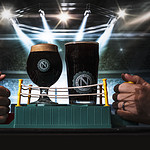 Stouts vs. Porters: What’s the Difference Between the Two?Blog 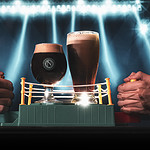 Are All Dark Beers ‘Heavy’?Blog