Eugene, Oregon – Ninkasi Brewing Company has signed on as a key partner in the new Craft District in Tumwater, Washington. The vision of the center is to bring a team of regional and industry experts to create a hub focused on craft brewing and distillation education, research, workforce development, and public information. As well as be a gathering spot in Washington for the craft brewing and distilling industries.

Tumwater was home to the iconic Olympia Brewing Co. that closed its doors in 2003. Ninkasi is proud to be a part of the Tumwater craft movement in this mindfully-designed district that will also feature a distillery, marketplace, and amphitheater. The Craft District sits in the shadow of the old brewery and will eventually be connected to Brewery Park by the Deschutes Valley Trail that features cascading waterfalls and the historic Old Brewhouse Tower.

“We are thrilled to be part of such a collaborative project, that brings together the strengths of many small businesses, South Puget Sound Community College, and City of Tumwater to create an amazing experience,” says Ninkasi Brewing Company CEO and co-founder Nikos Ridge. “Having a space to host Ninkasi fans in Washington, where Ninkasi has been distributed for a long time is very exciting for us, given the historic brewing legacy of the area.”

Tumwater’s natural beauty, pristine water, cultural history, and industrial legacy were all huge positives when evaluating the partnership. However, it was the opportunity to collaborate with South Puget Sound Community College on the educational programming that really excited the Ninkasi team.

“Education is something our team is genuinely passionate about,” says Chief Customer Officer Sarah Johnson. “Providing students with hands-on learning opportunities in brewing techniques and technologies, as well as the business and hospitality sides of the industry is something the entire team is delighted to be a part of.”

Ninkasi Brewing is looking forward to meeting the Tumwater community and tasting a few delicious beers with them at the Tumwater Artisan Brewfest on Saturday, August 17. 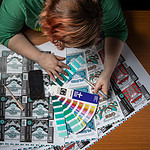 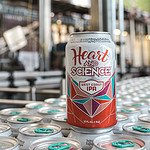