“We wanted to innovate and create another delicious Ninkasi IPA, but also expand on our portfolio to include a lifestyle beer in the lower ABV range,” said Director of Brewing Operations Daniel Sharp. “With hop favorites like Mosaic, Amarillo, Citra, and Galaxy, Steady Orbit is crisp and refreshing while still chock-full of hop character.”

Accompanying the Steady Orbit launch, Ninkasi Brewing has initiated a Star Maker Competition to encourage their beer community to find their own steady orbit by creating in whatever medium they desire. The competition is open through October 31st and more details and how to enter can be found at www.ninkasibrewing.com/steadyyourorbit. Three prizes will be awarded, with the grand prize winner awarded a $1,000 shopping spree to the craft, hobby, or DIY store of his/her choosing.

“Everyone needs a little time for themselves,” said Chief Experience Officer Sarah Johnson. “We wanted to invoke that feeling of escape, exploration, and a sense of accomplishment through this beer. Our community is a creative one, so we thought this would be a perfect opportunity to encourage people to create, share, and learn from one another in their favorite mediums. We’re really excited to see what people make.”

For all Ninkasi beers, including seasonal offerings, visit ninkasibrewing.com/beers.

The universe requires a reliable hand to keep your world turning amidst the chaos. Stay the course and grab a Steady Orbit: abundant in tropical notes and remarkably refreshing to keep you grounded. 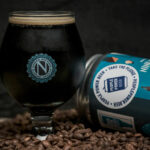